This week, Class three visited the Anglo Saxon village at Wildwood Escot.  Firstly, we did the maze challenge and managed to find the centre in record time! We  then had an amazing morning consolidating our historical learning about Vikings.  The children were involved in grinding spelt and making bread in a cob oven.  They dressed up in Saxon clothing and were put in the stocks as a Saxon punishment.  Later we visited the forge and had a go at pumping the bellows to keep the blacksmith’s fire going. At the woodworkers tent, we helped to carve a mallet and decipher a secret message from Saxon runes.  In the afternoon, we enjoyed visiting the animals and eating wild nettles and sorrel just like the Anglos Saxons would have.  To top the day off, some of the children braved the drop slide which was brilliant fun! 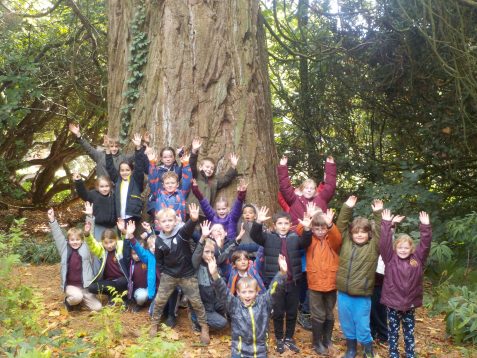 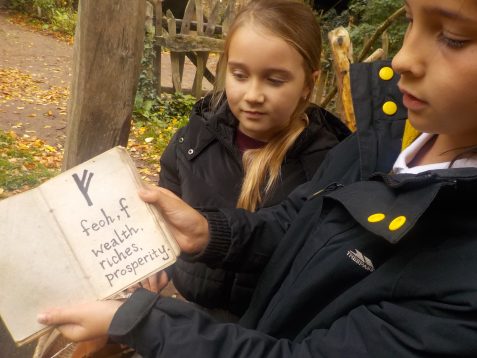 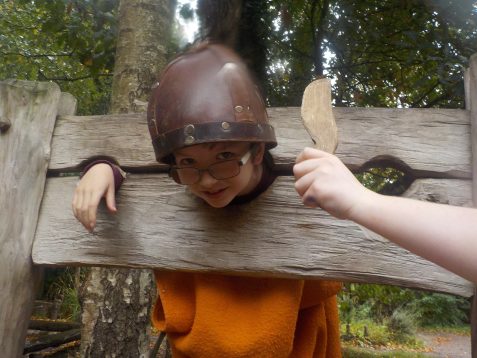 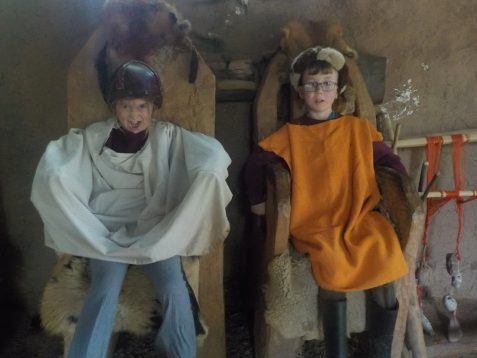 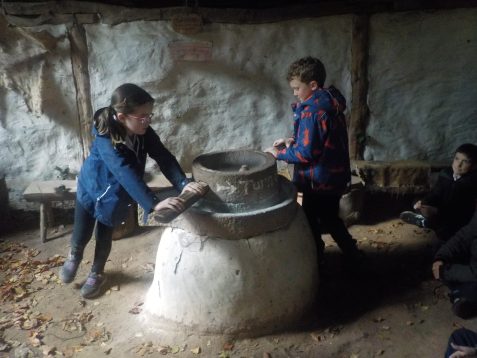 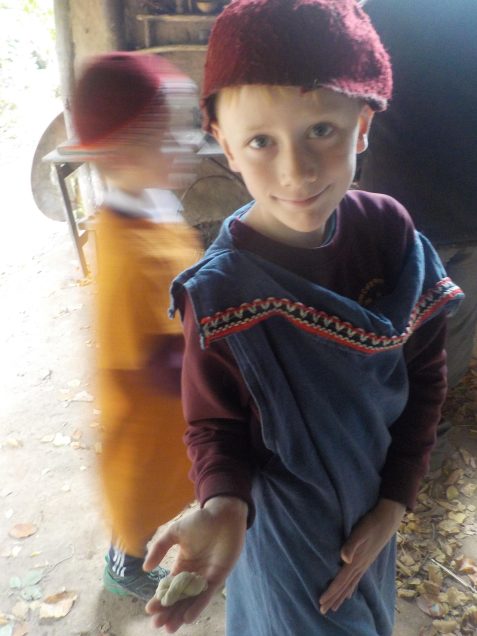